Most Popular Annual Non-Disney Animated Film of the 2010s, According to Letterboxd

Here in the United States, I remember a few times when we heard about the history of Eastern Europe because it was not about our own country. Because of that, I have huge blind spots in my knowledge of the history of countries like Ukraine. Outside of recent events and the Cold War, I can’t say I knew much before the recent invasion by Russian forces. That said, I tried to dive into the stories leading up to this war that we are currently experiencing in real time internationally. All in all, one of the best stories of Ukrainian bravery and the push for freedom is actually told in a great graphic novel. The historical Ukrainian graphic novel Makhno explores the history of freedom fighters, and purchase of the book will benefit Ukrainian soldiers through Razom. Here’s where to find the graphic novel and what it’s about.

The publisher Humanoids will use the proceeds from the sale of the Ukrainian graphic novel Makhno for the benefit of freedom fighters through the organization Razom. In its press release, the company shared details about how Razom is helping the cause, according to the the charity’s website. Razom provides supplies and medical aid to Ukrainian fighters on the front lines of the Russian invasion. Humanoids Editor Mark Waid explains, “In the spirit of Nestor Ivanovitch Makhno himself, a courageous freedom fighter who went to the front lines more than once, Humanoids chose to make a donation to the organization that works most directly with today’s freedom fighters. ”

Makhno is the subject of the graphic novel based on Ukrainian history, Makhno: Ukrainian freedom fighter. In the 20th century, Makhno, a child of few means, rose up during the Russian Revolution. As an anarchist, his story has long been left out of Western lesson plans. Makhno encouraged the people of Ukraine to “embrace social and economic self-determination,” according to the graphic novel’s synopsis. As a military mastermind, Makhno helped drive the Bolsheviks and Germans out of Ukraine during the revolution unfolding all around him.

It is these kinds of stories that are useful now as we look at modern conflicts in our world. With a little research, I learned immediately that the Ukrainian heroism we see today is nothing new. For decades, Ukraine has been home to people who are passionate about securing and protecting their freedom. The medium of graphic novels serves a unique and impactful educational purpose for how we learn these stories.

Graphic novels and history: Makhno Does more than benefit Ukraine 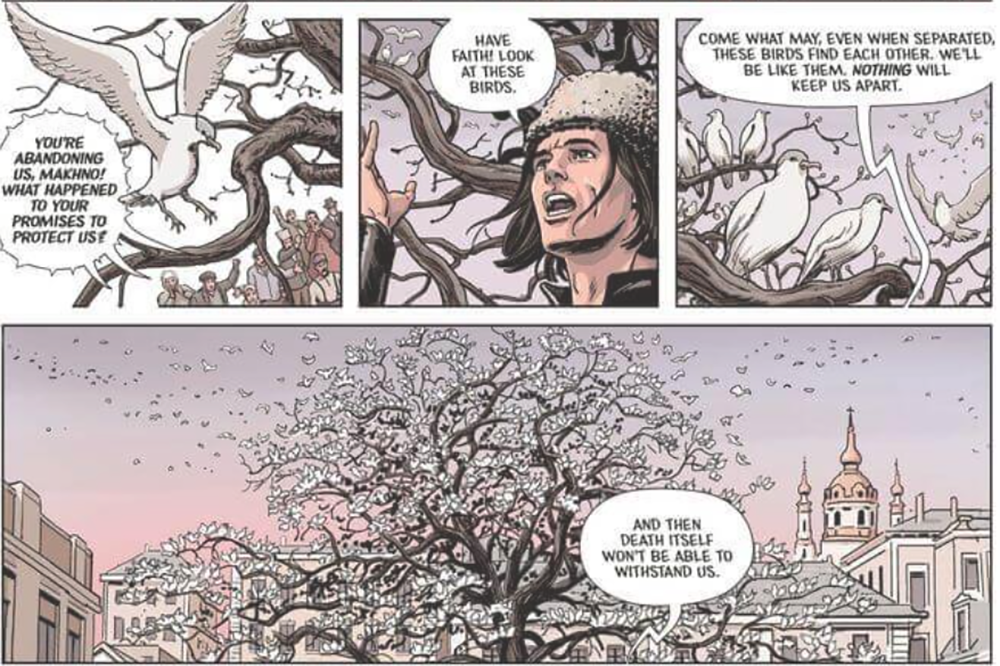 I’m all for a good superhero story. I even like indie comics that explore more tales rooted in realism and modern society. That said, graphic novels continue to be a great vehicle for historical teachings and Makhno is a great example. When the post is released, you will be able to learn more about Nestor Ivanovich Makhno while helping Ukrainian freedom fighters fend off Russian aggressors.

Makhno: Ukrainian freedom fighter releases via the Humanoids’ Life Drawn imprint on March 22, 2022. Thanks for reading Comic Years for all things comics and pop culture.

Taylor is the games editor of Comic Years and a lifelong video game fan. He holds two degrees in political communication and wrote a master’s thesis on resistance movements, race, and the exploitation of college athletes. His wife and two Toy Australian Sheppards keep him sane.

SportE, an innovative Web3 Fitness-to-earn (F2E) application, launches its Alpha season on May 15 for sports enthusiasts

However, when it comes to the name Move-to-Earn, it is almost certain that these applications …